Sepsis patients can be diagnosed and treated earlier with the help of new technology available for hospitals and homecare settings.

Healthcare organisations can now use a patient monitoring platform called the Patient Status Engine (PSE) to help doctors and nurses rapidly pick up illness, saving some of the 44,000 lives lost to it each year in the UK.

The PSE, developed by Isansys Lifecare, uses vital signs, early warning scores and data analytics to flag up any change in a patient’s condition and alert clinicians to what could be the early onsets of sepsis faster than they would have otherwise been able to detect it.

By acting quickly to diagnose and treat sepsis when it is still in an early stage, the risk of mortality is significantly reduced. Research into critical care by the UK Sepsis Trust has shown that if diagnosed and treated within the first hour, patients have a survival rate of more than 80 per cent. After the sixth hour, however, their chance of survival is only 30 per cent. Therefore the introduction of a better detection system would improve patient safety and lower the number of preventable deaths.

Rebecca Weir, cofounder of Isansys Lifecare in Oxford, which developed the PSE, said: “Sepsis is a killer, not because doctors don’t know how to treat it but because the recognition of the condition is complex and often not early enough.

“By collecting the patient’s vital signs in real-time and continuously we are pro-actively driving a response to this problem. This can give doctors and nurses a better chance to diagnose and treat this condition much more quickly which is crucial as the risk of death from sepsis increases with every passing hour it goes untreated.”

The PSE is a complete end-to-end, CE marked, Class IIa medical device which uses wireless body-worn sensors to automatically collect and analyse vital signs continuously and in real-time, including heart rate, respiration rate, temperature, oxygen saturation, blood pressure and coma (or pain). It helps doctors and nurses to rapidly recognise the symptoms of sepsis. As a result, the new system can save lives and also cut costs for the NHS.

Rebecca added: “Changes in a patient’s health status often linked with a sepsis diagnosis include fast breathing, fast heartbeat, change in heart beat pattern and a high or low temperature. Due to the integrated nature of the Patient Status Engine, these parameters are monitored constantly by the platform. If any one of the parameters register at an abnormal level a patient is deemed to be at risk of developing sepsis and the clinician is alerted.”

One of the hospitals Isansys are working with is the Queen Elizabeth Hospital, Birmingham, where it is being used to monitor cancer patients undergoing chemotherapy.

It is also working with hospitals globally on other clinical applications including monitoring children at Birmingham Children’s Hospital and in Germany helping to enable healthcare professionals transfer patients from intensive care units to normal wards more quickly, or to help prevent patients from being sent to ICU altogether.

Isansys is the world's leading digital healthcare company which has developed an innovative patient monitoring platform, enabling early detection of deterioration in patients. We are a business focussed on driving disruptive technologies into hospitals and healthcare organisations globally providing health professionals with the vital tools required to improve patient care and increase clinical performance, ensuring economic value and enhancing patient safety. For further information and to stay updated on our latest news visit www.isansys.com, follow us on Twitter at @isansys or subscribe to our YouTube Channel at www.youtube.com/isansyslifecare 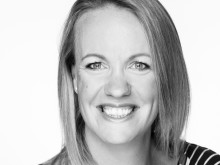